The Story of Soda Pop Stop

In honor of upgrading Soda Pop Stop’s site to 3.0, I’m finally going to tell the story of one of the most involved sites I’ve ever had the privilege of creating. Galco’s Soda Pop Stop

In May of 2016 I was contacted to help a site that was in need of fixing. The site was being repeatedly hacked by Chinese hackers and it was severely outdated. The site was running off of a version of Cold Fusion 5.0 – that was released in 2001. The design needed jump-started too. The original design was created around April of 2001. Noelle, the daughter of the owner, wanted to keep the update simple for one good reason – it had over 400 products listed on it. After taking a full survey of the site, it was nearly impossible to update. The only course of action would be a total rebuild. I was actually on the fence about taking the site, because of it’s sheer size.

THE VIDEO THAT SOLD ME

Looking around Google for methods to update the site easily, I searched for “Soda Pop Stop”. I came across this video (below) from Chow on Vimeo about Soda Pop Stop. I seriously watched it 5 or 6 times in a row. Seeing John so passionate about what he does, grouped together with a David vs. Goliath story, topped with a small family owned business trying to make it in the world – sweet mother of God, I must do everything to help them – even if it kills me. There was no doubt in my mind anymore, I’m doing it.

Honestly, there were pieces of me that wanted to just keep the site in Cold Fusion. However, with WordPress taking leaps and bounds in recent years along with the powerful (and free) WooCommerce, I had to convert it. This decision was gut-wrenching – because I knew the 400 products were going to come into play if I was going to start from scratch. It was not something I was looking forward to.

There was no easy way to do it. I designed the site, got it approved, and moved into building it. How do you move 400-500 pages of content from Cold Fusion 5.0 into a WordPress/WooCommerce build? Simply put – you don’t. I went through 4-5 methods of exporting data (data scrapers, exporting databases, Excel hacks etc), none of them came out as clean as I would have liked. Finally, I came the conclusion it had to be done by hand. I manually transferred 500 products, images, descriptions, and titles to 20 Google spreadsheets.

After gathering up all the info, importing it into WordPress was a breeze. Using a CSV import tool, I was able to import all the products into the site in an hour. That was a sweet treat after spending so much time gathering it all up.

December 12th, 2016 we launched the site. It was one of those launches where you hold your breath and hope to God nothing breaks. This was especially the case because I was the only developer, meaning if anything broke – I needed to fix it immediately. I thoroughly tested it for weeks before the launch, looking into every nook and cranny to make sure it was solid. It was go time. Time to freak out.

The day of the launch someone posted the Chow video to r/videos on Reddit. I honestly had no clue the post existed – as I was cautiously monitoring sales and visits. My email was on the sales notification list for when people purchased anything, so every once and a while I would see my phone light up with a sale.

Around 3pm on the 12th, 4 hours after launch my phone started going nuts. Emails were coming in on top of emails – each one was a sale from the site. My first reaction was that something was caught in a loop, and it was sending out emails at random – or worse yet, we were hacked. I went into Google Analytics to see if the visitors were legit – in real time. Opening up Analytics I noticed we had 40 concurrent users on at the same time, from different locations. Over the next 2 hours, 40 turned into 70, which turned into 100.

I’m not even sure how many sales were done on the 12th and 13th, I removed my email from the list so I could focus on other projects. I had at least 100 emails before I took my email out. Over a 24-hour span – the site had 2,329 visitors, with 93.56% of those visitors being new sessions.

The site held up to the stress, nothing went wrong.

THE PERKS OF SMALL BUSINESSES

I have some really awesome clients. They range from high demanding media agencies to the family owned shops that are doing everything to stay relevant. One of the things that stuck out about the people of Galcos is their genuine sincerity. I really take it to heart when a client says that they absolutely love everything about the work I do. I don’t think most people realize how much work goes into designing and building a full website (especially by yourself), but everyone at the Soda Pop Stop was so receptive, courteous, outgoing and positive. Not once did I have a negative conversation with them. That’s a rarity.

I vividly remember a call with Noelle from Galcos after the site was launched – when she said “I’m so glad we found you”.

It goes both ways. 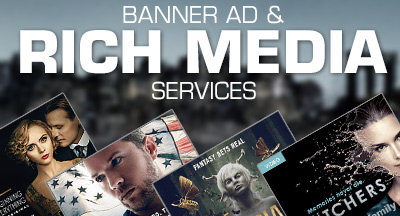